How to Find RIA and Family Office Investors

Before we talk funds, let’s talk food and fads. How does the next cool thing become cool? Cool begins with Early Adopters. You know those people, the ones who scored a reservation on opening night of the newest restaurant in town. Or they owned an NFT back when most of us were googling, “What is Bitcoin?” They pass out from dehydration waiting in line to get their hands on the latest iPhone.

Compare that persona to your grandma (bless her) who still calls you from her landline and refuses to pay her bills online. Your friend who doesn’t binge Netflix and watches cable TV. With commercials. You know who we’re talking about.

Of course there are also a whole slew of types that fall between Opening Night Guy and Landline G-ma. As an asset manager, it’s essential to learn the difference between these types of people and their rate of acceptance with new funds. We can look to the Rogers Adoption Curve to learn more about customer segments and which group RIA and family offices fall into. We’ll cover why and how to target Early Adopters (before you call that big consultant or endowment) in order to put your boutique on the map.

Sure, a fund’s rate of acceptance depends on what the fund is, but it has even more to do with the people investing in it. These people, like Opening Night Guy, Landline Grandma, and all of the types in between, are defined by the Rogers Adoption Curve. This model was first studied in the late 19th century but published in 1962 by Everett M. Rogers. It illustrates five types of customer segments and the role they play in adopting products.

Five types of customer segments on the Rogers Adoption Curve

Innovators aren’t about doing what’s popular. They are the risk takers - usually highly educated with financial means. They like to interact with other Innovators and are keen to try new apps, technologies, and services. In the investment world, Innovators are your angel or seed investors, people who believe in you first and foremost - family, friends, colleagues, seeders, and YOU! That’s right - Early Adopters want to see that you have your own capital invested in your strategies. Eat your own cooking, drink your own champagne, (insert fave food analogy here)!

Early Adopters are the second fastest category of individuals who adopt innovation. While they are also risk takers and highly educated, they are more discrete in their adoption choices and use their thought leadership to push innovations out into society. Remember Opening Night Guy? Yeah, he’s in this group. When it comes to investing, Early Adopters are RIAs, family offices, and emerging manager platforms. They have a demonstrated willingness to invest in MFs with < $500 mm AUM. They like access to PMs, have a powerful network,  and tend to move quickly. They’re more interested in a new and cool story, less interested in product pricing and perfection.

Before we get to the next three customer segments, let’s talk about the very real chasm that separates the Early Adopters from the Early Majority. When you’re selling to customers on the left side of the chasm (Innovators and Early Adopters), your product doesn’t have to be perfect. Your customers will help you shape your product. They don’t need the glitzy sales deck or the perfect website. On this side of the investor Adoption Curve, you’re talking to the decision makers themselves and can use investment-speak. They understand investments and typically have discretion over client assets. However, once you leap the chasm, you are talking to an investment team that may create models and need to explain your strategy to a relationship manager, who in turn has to get buy-in from the client (who is likely not an investment guru). For this reason, your product needs to be closer to perfect. Your story needs to be explained differently. Your language should change accordingly. You’ll need different marketing materials. You’ll need to take more steps, check more boxes.

Early Majority individuals tend to adopt an innovation after a significantly longer amount of time than the Innovators and Early Adopters.  They’re typically active and influential in their community, and while they’re not fearful of change, they don’t seek it. Investors in this category have the standard criteria: at least 3 years of track record, at least $500 million of assets, and a diverse investor base of well-known firms. Early Majority investors don’t want to take a flyer on a newer boutique strategy and be wrong. They need to be in good company.

Late Majority folks are usually less educated and less socially active. This group is typically older or a more established business; they hide from change or reject it if it doesn’t fit into their world. They are skeptical until the majority of society has adopted the innovation. In our case, this means investors who are getting in when the fund or strategy is close to closing to new investors or has reached multiple billions in assets. Late Majority investors want household names.

Laggards are the latest to adopt an innovation; this group grumbles about change and fights it. They are big on tradition and wait until they are forced to accept change. Landline G-ma is most definitely a Laggard. Allocators who invest in a top performing fund after it’s performed well and assets have exploded only to see the strategy’s performance take a nose dive because it’s too big? Those are Laggards.

Now that you understand the groups on the Rogers Adoption Curve, can you see why pushing the right idea on the wrong group is a recipe for failure? The Late Majority folks and Laggards will reject your idea until the bitter end.

Why you should target Early Adopters

Next you can focus on the Early Adopters. They love being at the forefront and developing a one-on-one relationship with boutique founders. These leaders will give you real feedback so you can improve your product before you approach the broader market. Until your product is ready, do not pass go. Do not cross the chasm. You are not ready to sell to the Early Majority.

Another crucial reason to target Early Adopters is that they looove to tell their friends about their shiny new find. Build their loyalty and trust and you’ll have them leveraging their thought leadership to get your fund in front of other like-minded investors. 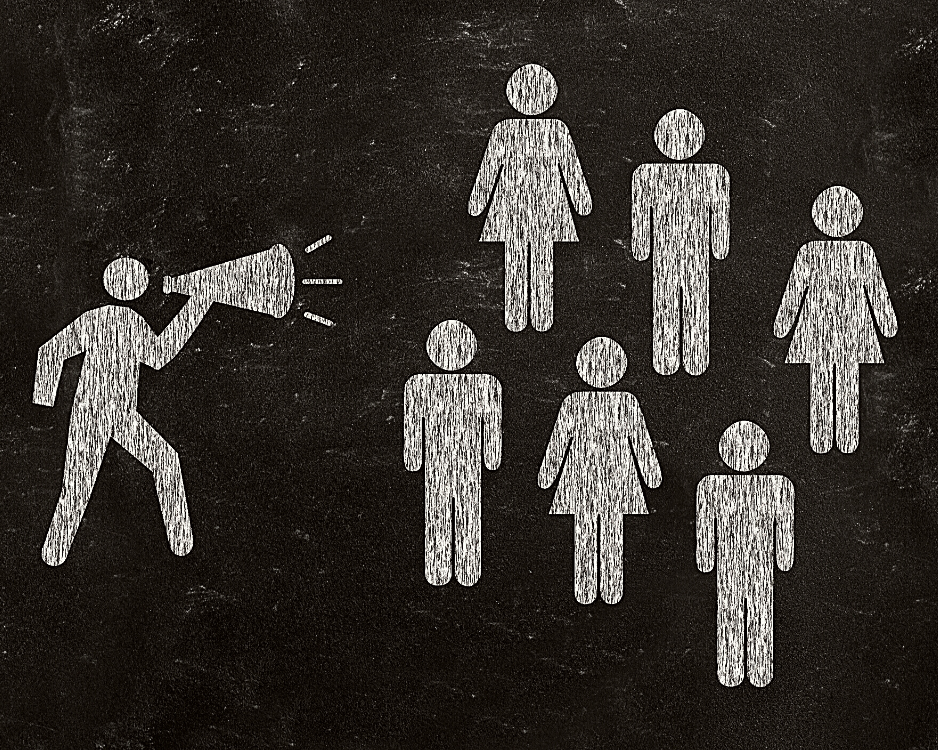 Early Adopters are your spark. Without them, your fund or business may not succeed.

How to target Early Adopters

For a product to be adopted by 100% of the market, it’s important to understand the breakdown of customer segment sizes. According to the Rogers Adoption Curve:

There’s no easy screening method to find the Early Adopters. No list. No identifying badge. No secret hallway they’re all hanging out in. A misconception is that smaller investors are all Early Adopters and bigger investors are not. That’s absolutely untrue.  The way you have to find Early Adopters is to create content that speaks their language, get that content in front of them, and get them to come to you. Use your website and social media to tell stories that Early Adopters like - stories that connect with people. They are less interested in the ins and outs of your product or your performance. These leaders want to hear about the journey to launch your fund. Who you are. What you believe in. How you think about investing. Your process and why it’s different. Tout your uniqueness! They invest with people, not a product. So send up that flare. They will find you.

Put Your Product on the Map

In summary, the Rogers Adoption Curve illustrates five types of customer segments: Innovators, Early Adopters, the Early Majority, the Late Majority, and Laggards. It’s important to target these groups in the correct order.

First, target your Innovators (your seed investors - family, friends, colleagues, seeders, and YOU!). Only then can you focus on the Early Adopters, who play a key role in giving your product credibility. There is no list to find the Early Adopters so it’s critical to put out content with an emphasis on storytelling in order to speak their language. You gotta send up that flare and get them to raise their hands. If an Early Adopter feels they're onto something before the general population is onto it, they’ll use their thought leadership and authority to put your boutique on the map. 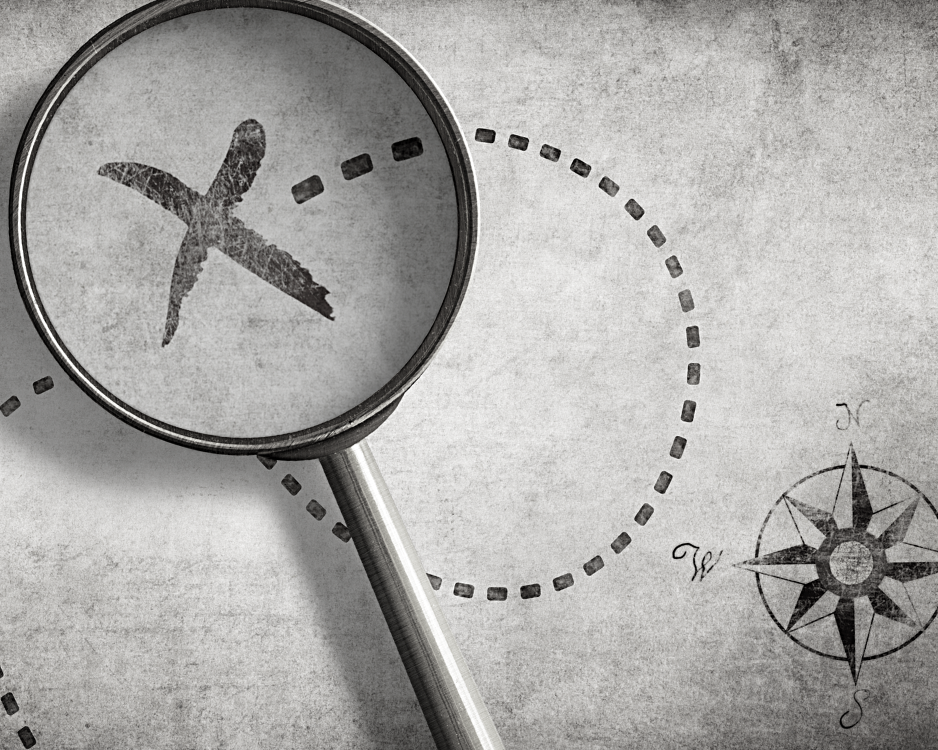 Bring on the billions. Schedule a call with us.

LET’S GET IN TOUCH